Dietician Jaclyn Reutens weighs in on the importance of early childhood nutrition and choosing the right formula for your child.

The World Health Organisation (WHO) and the American Academy of Paediatrics (AAP) recommend exclusive breastfeeding for the first 6 months after birth, followed by the introduction of nutritionally adequate and safe complementary (solid) foods at 6 months together with continued breastfeeding up to 2 years of age or beyond.1

For newborns, breast milk is best as it helps protect against infections (both gastrointestinal and other acquired infections) early in life as well as chronic diseases like diabetes, inflammatory bowel disease, high blood pressure, high blood cholesterol levels and obesity later in life. It also contributes to improved cognitive development and better performance on intelligence tests. Breastfeeding is also beneficial for mothers as it reduces the risk of breast and ovarian cancer, and even reduces the risk of developing type 2 diabetes for mothers who had gestational diabetes during their pregnancy.1 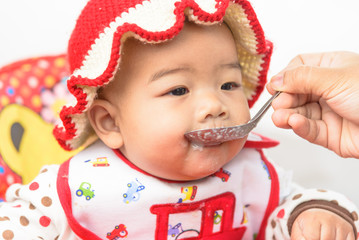 Why is it important to wean my baby?

At the 6-month mark, your baby requires higher levels of certain nutrients, such as iron, zinc and vitamins B and D, which can’t be obtained from breast milk alone. Weaning is the process of introducing complementary foods alongside your breast milk to meet your baby’s growing nutritional and developmental needs.

“In the first year, your baby triples his/her weight and doubles his/her height. The increased nutritional needs required to support this rapid development cannot rely solely on breast milk,” shares Jaclyn. “This is especially so for iron, whereby the amount found in breast milk is insufficient by that stage,” she adds.

Always ensure that the solid foods are of an appropriate texture for your baby. Your baby’s first foods should be pureed, before slowly transitioning to lumpy or normal textured foods as your baby gets older.1

When is the best time to wean my baby?

The WHO and the AAP recommend introducing solid foods into a baby’s diet around 6 months of age.4 It is best to wean your baby gradually, and you shouldn’t set a deadline on the weaning process. Rather, it should be at a pace that is comfortable for both mother and baby, which could range from days to weeks or months.

For mothers who need to wean early for reasons such as low milk supply, solid foods should not be introduced to babies below 6 months old. In such cases when breastfeeding is not possible, formula milk becomes an essential alternative to meet your baby’s nutritional needs.

What should I replace my baby’s feed with?

If the baby is not being breast-fed, infant formula is suitable for exclusive nutrition during the first six months. Follow-on formula should only be given once weaning has begun, and can be introduced as complementary foods to meet a child’s need for energy and nutrients.2

It is important to choose a formula milk that is appropriate for your baby’s age. Fresh or whole milk is different from formula milk and should not be fed to babies under 1 year old, as they contain high levels of proteins and minerals that places undue stress on a baby’s immature organs. 3 Jaclyn also recommends letting your baby try it to see which formula milk they take to, as babies have their own taste preference. 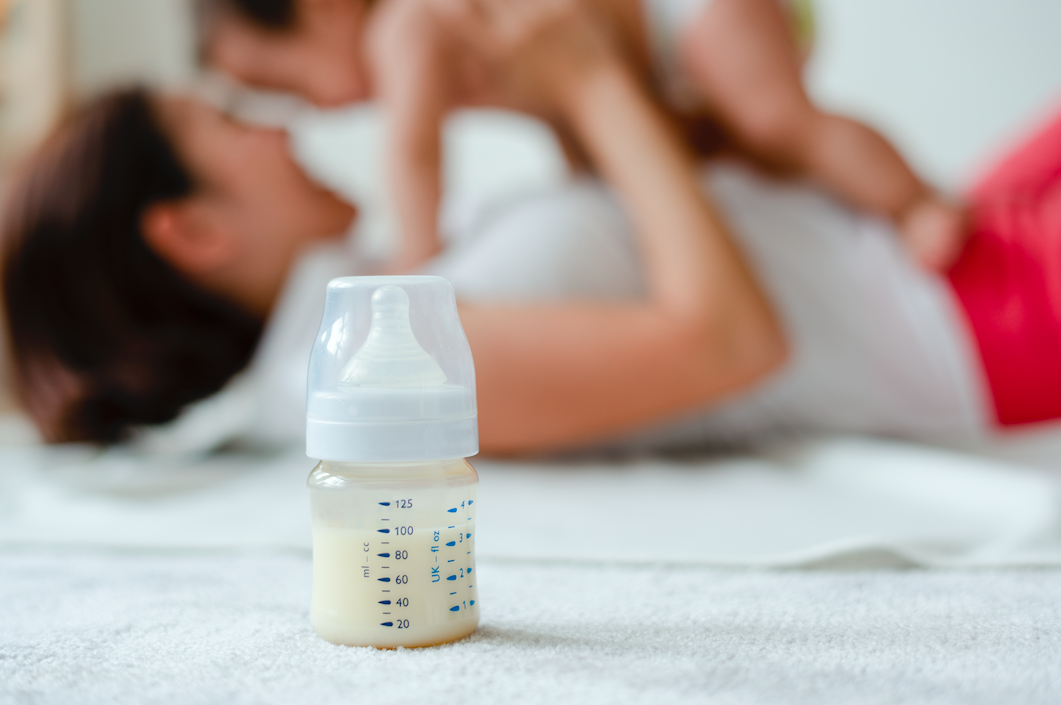 What are the benefits of goat’s milk formula?

When it comes to dairy-based infant formula, both cow’s milk and goat’s milk provide similar amounts of essential nutrients. However, goat’s milk formula has become an increasingly popular choice because of its natural nutrition and ease of digestion.

Goat’s milk also has a much lower level of ∝s1-casein, making it easily digestible. With lower casein levels, goat’s milk curds (coagulation of milk) are softer and can be broken down more easily during the digestion process. The casein micelles in goat’s milk are also 40% larger than those from cow’s milk, creating more porous curds for the digestive enzymes to aid in more efficient digestion of goat’s milk protein.6

Goat’s milk formula provided growth and nutritional outcomes in infants that did not differ from those provided by a standard whey-based cow milk formula. Studies have also evidenced that the frequency of bowel motions of infants in the goat milk-fed infants are similar to that of infants who were fed the standard whey-based cow’s milk formula. The protein profile of goat’s milk, combined with the richness of A2 β-casein, makes it easily digestible for healthier bowel movements.7 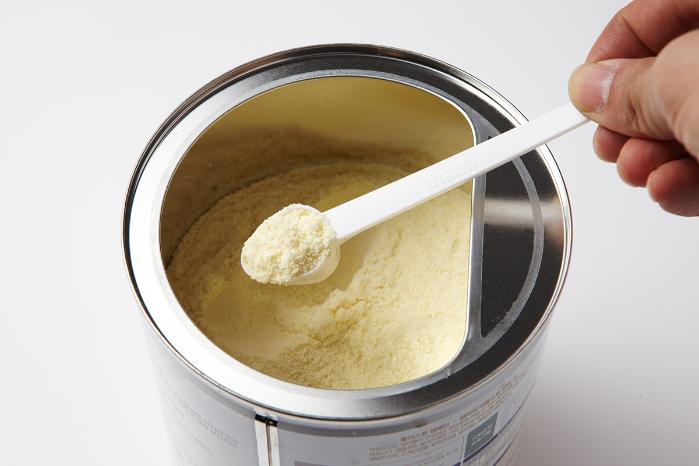 What should I look out for when choosing a good infant formula?

When choosing an infant formula, look out for two keywords: pasteurised & fortified.

Most formula milk is pasteurised to destroy any harmful bacteria or virus while preserving the milk’s nutrients. Pasteurised goat’s milk formula retains high levels of magnesium, calcium, vitamin A and C for the growth and development of your little ones.

Iron is a key nutrient that is often inadequate to meet a baby’s growth and developmental needs, so most formula milk are iron-fortified. The AAP also recommends iron-fortified infant formulas for all infants who are not breastfed or who are partially breastfed up to the age of 1.4 Apart from iron, most infant formulas are also fortified with additional nutrients like DHA and ARA for healthy cognitive development.

How much formula milk should I be giving my child?

According to the American Academy of Paediatrics (AAP), babies at 6 months old should be drinking 6oz (180ml) of formula milk per feeding every four to six hours.4 As your baby starts to eat more solid foods, their milk intake will gradually decrease.

From 1 year of age, children who have weaned well should consume approximately 2 servings of dairy per day, amounting to 2 or at most 3 cups (8oz or 240ml) of milk to complement their diet. Formula milk for toddlers is rich in iron, calcium and lutein for healthy growth and development of strong teeth and bones.4

Jaclyn Reutens is a dietician at Aptima Nutrition & Sports Consultant. Her views are solely for informational purposes only, and does not constitute her formal endorsement of any products mentioned. Always seek the advice of your own medical provider regarding any questions or concerns regarding your child’s health and nutrition.

3A guide to infant formula for parents who are bottle feeding. Unicef United Kingdom.