My Baby Hasn't Started Walking! When Should I Be Worried? 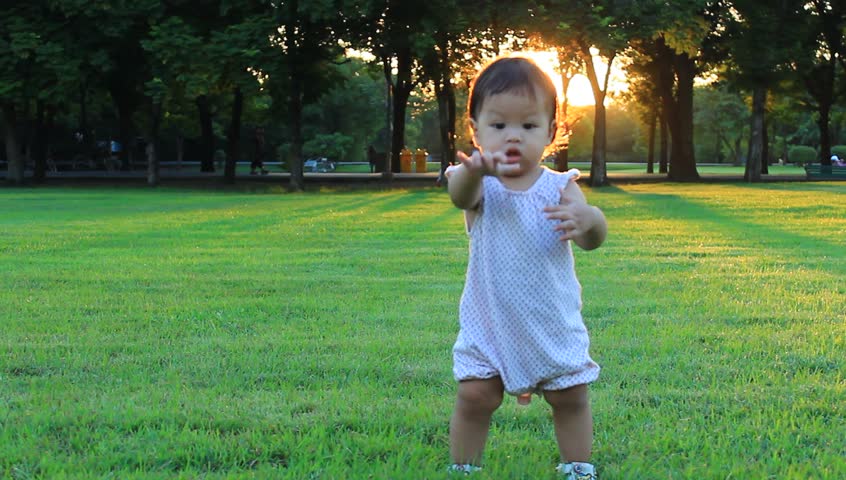 At what age do babies walk?

Most babies take their first steps sometime between 9 and 12 months and are walking well by the time they're 14 or 15 months old. Don't worry if your child takes a little longer, though! Some perfectly normal children don't walk until they're 16 or 17 months old. During her first year, your baby is busy developing coordination and muscle strength in every part of her body. She'll learn to sit, roll over, and crawl before moving on to pulling up and standing at about 9 months.

From then on, it's a matter of gaining confidence and balance. One day your child's standing against the couch – maybe sliding along it – and the next she's tottering hesitantly into your waiting arms. Then she's off and running, leaving babyhood behind. Your child's first steps are her first major move toward independence.

How babies learn to walk

Your newborn's legs aren't nearly strong enough to support him yet, but if you hold him upright under his arms, he'll dangle his legs down and push against a hard surface with his feet, almost as if he's walking. This is a reflexive action, and he'll only do it for a couple of months.

By the time your baby's about 6 months old, he'll bounce up and down if you let him balance his feet on your thighs. Bouncing will be a favourite activity over the next couple of months, as your baby's leg muscles continue to develop while he masters rolling over, sitting, and crawling.

At about 9 months, your baby will probably start trying to pull himself up to a stand while holding onto furniture (so make sure everything in his path is sturdy enough to support him). If you help him along by propping him up next to the sofa, he'll hang on tight.

At 9 or 10 months, your baby will begin to figure out how to bend his knees and how to sit after standing – which is harder than you might think!

After mastering the standing position, at about 12 months, he'll start to cruise, moving from one piece of furniture to the next for support. He may even be able to let go and stand without support.

About this time, your baby will also probably be stooping and squatting. Once he can do that, he may be able to scoop up a toy from a standing position or take steps when held in a walking position. He may even walk while gripping your hand, though he probably won't take his first steps alone for at least a few more weeks. Most children make those early strides on tiptoe with their feet turned outward.

At 12 months, many toddlers are walking on their own – albeit unsteadily. If yours still hasn't stopped cruising, it just means walking on his own is going to take a little longer.

How to help your baby walk

As your baby learns to pull himself up to a standing position, he may need some help figuring out how to get back down again. If he gets stuck and cries for you, don't just pick him up and plop him down. Show him how to bend his knees so he can sit down without toppling over and let him give it a try himself.

You can encourage your baby to walk by standing or kneeling in front of him and holding out your hands. Or you might hold both his hands and let him walk toward you. He'll probably also enjoy a toddle truck or push toy that he can hold on to as he walks. (Look for toddle toys that are stable and have a wide base of support.)

Always make sure your baby has a soft, safe environment in which to hone his new skills. Follow standard childproofing guidelines, and never leave your baby unattended.

What to do if baby doesn’t walk?

Don't fret if your child is simply taking her time. But if your child doesn't stand with support at 12 months, can't walk at 18 months, or isn't able to walk steadily at the age of 2 years, bring it up with her doctor during her milestone check-ups.

Keep in mind that babies have different timetables, and premature babies may reach this and other milestones later than their peers. If your baby was premature, you should date her milestones from your due date, which pediatricians refer to as your baby's adjusted age.

Article was adapted from Baby Center